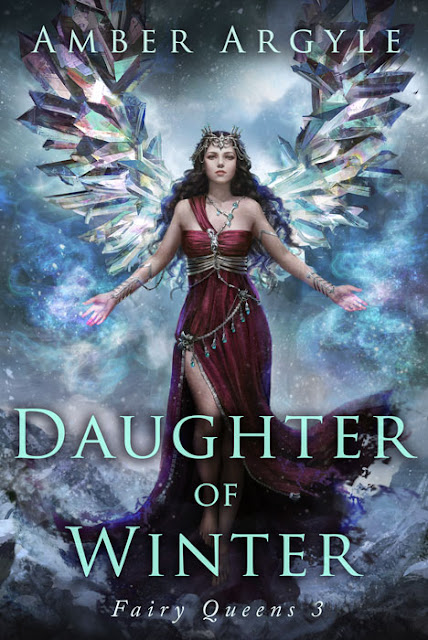 Posted by Mrs. Holly Kelly at 2:24 PM No comments:

Raging (book 4 in The Rising Series) is NOW AVAILABLE!!!

The long-awaited conclusion to The Rising Series. For two thousand years, a betrayer has occupied the throne on Olympus. Hungry for power, he has wreaked havoc among the gods, as well as the humans on earth. But a spark of hope ignites in the form of four young women—ones who are destined to free the true king and save the human world. Two have been found, and the others must be located before it's too late. Drakōn would love nothing more than to turn his back on the whole thing. It's not that he doesn't care about humans, but he has his own world to worry about. But then, he is given an impossible task—one he finds himself unable to refuse. He is charged with protecting a woman, but not just any woman—Tana, goddess of wind and fire. Tana is more than he bargains for. Sentenced to an eternity of imprisonment for burning hundreds to death in a fiery inferno, she has powerful enemies. Drakōn finds himself facing off with those adversaries even as he questions why he doesn't simply destroy her himself. But Tana is one of four destined to save the world. That is, if she doesn't destroy it first. And Drakōn? He may just lose his most guarded possession. His heart.

Excerpt:
The boat glided, slowing to a stop. The silence was deafening after the roar of the engine quieted. Water lapped gently against the boat.
Tana stood frozen in place as Malia sobbed quietly.
“We’re going to die, aren’t we?” Malia asked.
Tana didn’t answer as she looked at the shore—still a half a mile away.
The trawler rocked as something bumped against the side. Her blood turned to ice when she heard a sound, faint, but unmistakable. A low growl came from behind her on the left. The wheel shuddered in her grip. Tana realized a moment later that her shaking hands were the cause.
Stepping toward the door of the cabin, Malia put a hand on her and whispered, “Don’t go out there.”
“Shh, I have to see,” Tana answered.
As she poked her head outside, her heart clamped painfully in her chest as terror gripped her. The first thing she noticed was his eyes—black and filled with hatred. He pulled himself out of the water. He was insanely large, muscular, and had murder in his eyes as he pinned her with his glare.
As he pulled himself up, she could see he was bare from the waist up, and black from the waist down. It almost looked like he was wearing some kind of black wetsuit—except for the pelvic fins. Tana backed away.
This was a merman, and he was furious.

GET YOUR COPY NOW! 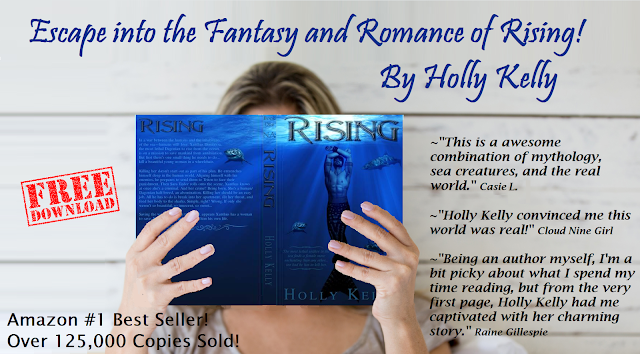 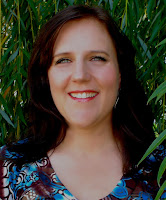 Holly Kelly is a mom who writes books in her spare time: translation--she hides in the bathroom with her laptop and locks the door while the kids destroy the house and smear peanut butter on the walls. She was born in Utah but moved around a bit, living in Kansas, Texas, and Hawaii where she studied marine biology. She's now back in Utah--"happy valley". She's married to a wonderful husband, James, and they are currently raising 6 rambunctious children. Her interests are reading, writing (or course), martial arts, visual arts, creating Halloween props, and spending time with family.

Posted by Mrs. Holly Kelly at 6:22 AM No comments: